Interview with Jim Starlin, legendary comic artist who creates Thanos. Avengers: Infinity War and Avengers: Endgame movies are based on his The Infinity Gauntlet.

You created Thanos in the early Seventies. Can you talk about the circumstances that led to his birth?

Jim Starlin: The idea of Thanos first started gestating within during a college psychology class I took after three and a half years in the military service. The teacher was lecturing on the Freudian concept of Eros and Thanatos, the lighter and darker sides of human nature. Of course I fixated on the darker side, a few Thanos concept drawings were whipped up and later, after I gained employment at Marvel Comics, editor Roy Thomas asked me to plot and draw a fill-in issue of Ironman. So I dug out my Thanos reference, did a little redesigning and Mike Friedrich scripted the story that first introduced not only everyone’s favorite Mad Titan but Drax the Destroyer of the Guardians of the Galaxy as well.

Did your experience as an aviation photographer in the Navy, somehow, flow into the supervillain's characterization?

Jim: You would think so, seeing as how I went almost straight from my time in the military to drawing comics. But looking back I can plainly see that my earlier work was more influenced by my parochial grade school days than it was by anything else. There’s a definite Catholic or (as some have accused) an anti-Catholic bent to both my Captain Marvel work and even more so in Warlock. I guess that's not the most diplomatic thing to admit to, especially to an Italian based publication. But that's the way it was.

Captain Marvel, the Thanos saga, Silver Surfer, Warlock, Dreadstar: you are the outer space Maestro who revolutioned the cosmic comics genre. What did intrigue you in space stories?

Jim: My standard answer to that question is to say that outer space stories insure that I don't have to draw either horses or automobiles. But seriously, the real answer is that setting stories in the great beyond allowed me to create new worlds where story concepts could be examined without having to pull in all the extraneous garbage that real life hauls along with any subject one might want to explore.

Regarding the Avengers movie, “Infinity War” is based on your “The Infinity Gauntlet”. The movie has so many superheroes involved, but one big protagonist, Thanos - according to rumors, the Mad Titan is going to be the Darth Vader in the Marvel Cinematic Universe. Also Drax and Gamora are your creations.  So, did the production ask you for creative consultancy?

Jim: No, Disney/Marvel Entertainment have built in quite a separation between the comics and the films and television divisions.

Have you been involved in any stages?

Jim: In August 2018 my wife and I were invited down to the set of the fourth Avengers movie. The Avengers “Infinity War” had already wrapped by then. Sonny and I were treated royally on the set and I was surprised how open everyone was with us about what they were doing.
I had to sign a non-disclosure agreement to even set foot on the shoot, so I figured all involved were going to be pretty closed-mouthed about what was going on. But as it turned out they'd all been dying to tell someone safe what they were up to. By the end of the day I had been thoroughly briefed on both the third and fourth Avengers movies. Now all I have to do is keep my mouth shut until the films come out. Poor me.

How did you get the idea of “The Infinity Gauntlet”?

Jim: Again “The Infinity Gauntlet” has its roots in Catholicism. I figured anyone as bad as Thanos would eventually reach the point where he would challenge the very heavens themselves, seek out omnipotence. I've further examined this notion in several of the follow-up Thanos stories I have written and sometimes drawn over the years. But even omnipotence hasn't proven enough to satisfy the Titan's restless soul. There's a good reason they call Thanos the Mad Titan.
The Infinity Gems started off as just a single stone, called the Soul Gem, which the character Adam Warlock used to wear on his forehead. While I was working on that character I expanded the line up to six Infinity Gems: The Soul, Power, Mind, Time, Space, and Reality, which I figured pretty much covered all human existence.

Nowadays, cinematographic industry is re-discovering the cosmic stuff thanks to the possibility given by special effects. Box office confirms that people love these kind of movies. What do you think are the reasons of cosmic revival in pop culture?

Jim: As you said, computers have made it possible to visually create just about anything the imagination can conceive. Audiences have become jaded with just seeing skyscrapers tumble and aircraft pull off computer-assisted impossible aerial maneuvers. With the cosmic stuff you really can now take a viewer to places never before explored and have them bear witness to even the metaphysical.

Without spoiler, could you think about three adjectives to describe “Infinity War”?

Jim: How about three terms instead? Visually spectacular and surprising, highly respectful of, if not totally bound to, the source material, and mind-blowingly imaginative.

Marvel Comics between past and present. What has changed?

Jim: When I started at Marvel the company was owned privately and now it's part of the Disney Empire. Back in 1972 the entire operation fit into an office about twice the size of your average convenience store, with Stan Lee and then editor-in-chief Roy Thomas having their private bathroom-size sanctuaries at the rear.
In those days Roy was pretty much running the show all by himself and, so, micro-managing each and every title was impossible, giving the company's then word smiths a lot more flexibility in writing outside the box. I would never have been able to get my run on Warlock through the way things are set up today.

About your goodbye to Thanos, what happens with Marvel Comics? How explaining such an editorial own goal from the House of Ideas?

Jim: Let me just say that both the Disney Corporation and Marvel Entertainment have treated me very well and generously, which many will find a strange thing for me to state. If you're at all familiar with my work, you know I have had Big Business portrayed as the bad guys in many of my stories. But in this case these two entertainment giants have fairly rewarded me and been extremely gracious.
Marvel Editorial, on the other hand, chose to take a different approach to the situation, which is why I am no longer working for them and will never again do so. As to why they chose to go the way they did, you'd have to ask someone in Marvel Editorial. The whole situation just seems incomprehensibly surreal to me.

You mentioned about the existence of three Thanoses: your creation able to coexist with the ones appearing in movies and in mainstream Marvel stories. As you pointed out, now Thanos is going to become a cultural icon thanks to the upcoming Russo brother's movie. So, in a certain sense, it sounds as a right time to let such a successful child go. Is it?

Jim: Having had the first two Thanos graphic novels I recently did for Marvel hit the New York Times Best Sellers List, I figured Editorial would be more than happy to have me write the company's certain-to-be-planned on-going Thanos series. I was wrong, of course. But before realizing this I had a story come to mind where my Thanos would again enter the real Marvel Comics' Universe and spectacularly kick some tail. I would have loved to have written that story.
But now it's clear that is never going to happen. So, yes, this is most definitely the time to let go of everyone's favorite Mad Titan and go on to other works, which currently include writing a quartet of science fiction novels under what will be entitled the “Hardcore Station Series”. The first two books (“Hardcore Mindgames” and “Lazgood's Boys”) are currently available as E-books through Amazon. No Italian version currently available. Sorry. There's also an "Art Of" book coming out through Ominous Press around the time of the Avengers movie.

“The Death of Captain Marvel” is an untouchable masterpiece in the history of comic books. How would you feel in the case of a standalone movie?

Jim: I'd love it and it's not all that far-fetched an idea. I read recently that Jude Law has been picked to play some version of the older male Captain Marvel in the up-coming female Captain Marvel movie. With Kevin Feige at the helm of Marvel Studios, there's no telling what pleasant surprises might be awaiting just over the horizon.

Looking back, have you any remorse or regret about your career in comics?

Jim: Well, I'm only human and have been working as a cartoonist for more than forty-five years, so the regrets are numerous. But I guess the biggest regret is me not learning to draw better than I did and not producing more stories than I have, especially when it comes to drawing. Back at the end of 2016 I severely injured my drawing hand, so that aspect of my work life has gone the way of the dodo. I'm pretty much just a writer these days, which is okay. Working with a great artist like Alan Davis on my final Thanos stories is one of the high points in my career.
I may be disappointed that my association with Marvel Editorial ended the way it did but Thanos and I will be parting company in a very spectacular fashion. I can't think of a better ending. 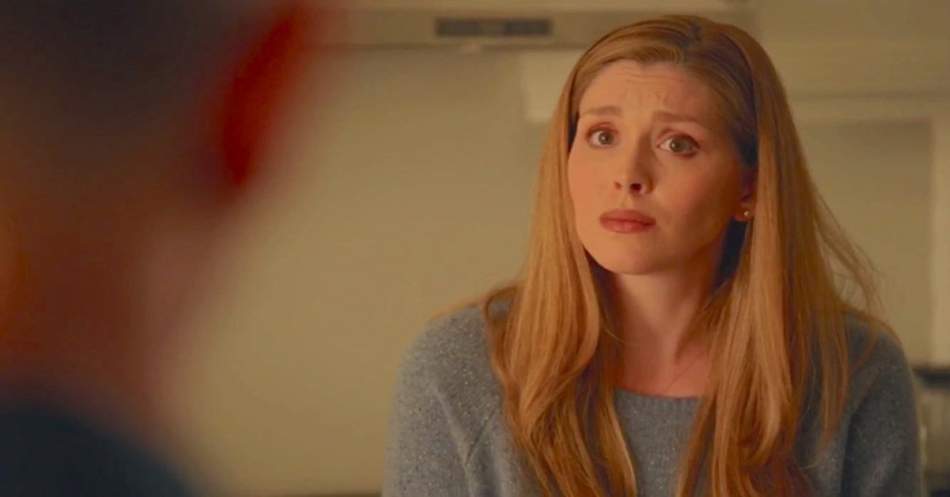 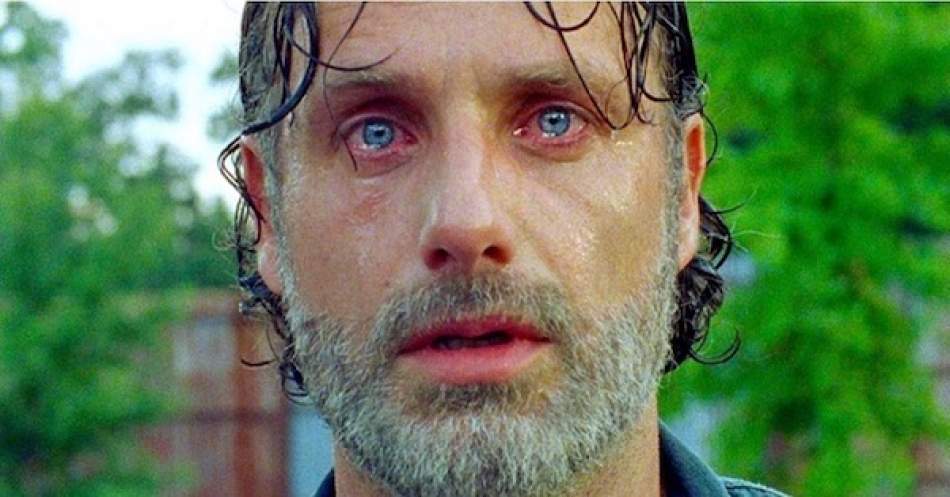