The Rookie is on ABC

You're on the TV show ABC The Rookie. Can you tell us about your role? What's the show about?

I play rookie officer Jackson West. The son of the Commander of Internal Affairs. Everyone thinks the job was handed to me due to my father and I am in constant stance trying to prove them otherwise. The show follows John Nolan a middle-aged rookie cop as he pursues his goals and desires to be a part of the LAPD, surpassing all expectations and setting a lane of his own, showing everyone that you are capable of following your dreams no matter your age.

Where did the filming take place?

We film in Los Angeles

The series is a procedural drama. Do you like this genre?

The great thing about our show is that it’s not a typical procedural. Our show is very character and story driven, including Los Angeles being one of the main characters we get to showcase.

You grew up in a military family. Can you tell us what it was like?

I actually loved growing up in a military family. We got to travel around the world every 2 to 4 years. It was the only thing I knew and all the friends I made were also in military families but I am happy it permitted me to see so many diverse cultures at a young age, so it was just the norm

You live in Los Angeles. What's the one thing you love most and least about the city?

I love that we can have so many different climates not far off. If you want to snowboard it’s close by, if you want to go to the beach that’s also close by. The thing I like the least about Los Angeles is obviously the traffic.

You worked on Pretty Little Liars too. Why do you think the viewers loved it so much

For the short amount of time I was able to be on that show it was really cool being a part of the mystery. I think everyone really loved trying to figure out who this masked murderer was for so many seasons. They did a great job about keeping you on the edge of your seat and letting the audience get to help solve the mystery with the writers

What's your next project?

As of now I don’t have any other acting projects coming up, but I do make music and have a new song called ”Listen To Me” coming out April 1st under my artist name Butterfly Ali. I also currently have two other songs out under that name available to listen anywhere you can stream music.

Look at the Gallery: Tv series The Rookie 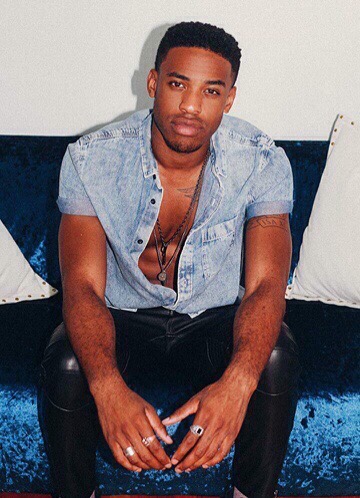